Africa faces a catastrophe to dwarf all others

Africa faces a catastrophe to dwarf all others 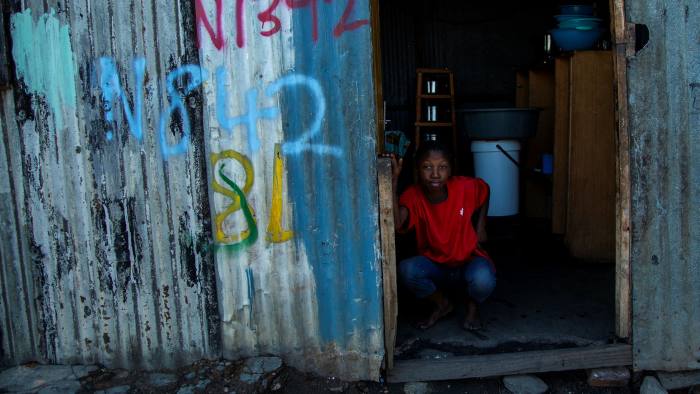 The coronavirus crisis is providing a tough reminder of the wisdom behind Benjamin Franklin’s adage that “an ounce of prevention is worth a pound of cure”. But as governments in Europe and the US pump billions of dollars into overstretched health systems, and trillions into economic support, Africa is drifting towards a human catastrophe that could dwarf what we have seen in Europe and North America — and the world is watching.

Perhaps the complacency comes from the headline reported numbers. On Thursday, sub-Saharan Africa recorded its first Covid-19 death — the vice-president of Burkina Faso’s legislative assembly. The whole region has reported just 279 confirmed cases — less than 1 percent of the world total. Only South Africa, Senegal, and Burkina Faso have more than 20 confirmed cases.

But the warning signs are flashing. Confirmed cases have increased three-fold over the past week. While most of the early cases were imported by visitors from Europe, seven countries have now reported community transmission, including Kenya, the Democratic Republic of Congo and Liberia. Moreover, whatever the headline numbers they almost certainly represent the tip of a very large iceberg because testing is limited.

Tedros Adhanom Ghebreyesus, the director-general of the World Health Organization, has called on African leaders and the international community to “wake up” to the threat facing the region. They should listen. If we have learned nothing else from the crisis it is that advice from the WHO should be taken seriously. Yet, with western governments focused on their own countries, the sleepwalking continues.

It is impossible to overstate the scale of the threat now facing Africa. The region’s health systems are woefully ill-equipped to deal with current challenges, let alone a coronavirus pandemic. According to the WHO, the region has a shortage of 3.6m health workers. Half of the population has no access to modern health services. Covid-19 kills through viral pneumonia. The fact that more than 400,000 African children die each year from pneumonia because they are denied access to basic healthcare speaks volumes about the region’s ability to respond to the coming crisis.

Comparisons with rich countries should be amplifying the WHO’s wake-up call. Health services across Europe are buckling under the strain of the coronavirus response. With one of Europe’s most developed health systems, Italy has 41 doctors for every 10,000 people. Senegal, now in the early stages of a possible coronavirus epidemic, has fewer than one doctor for every 10,000 people.

These comparisons tell only part of the story. Last month, as part of a Save the Children’s mission, I visited health clinics and hospitals in Jigawa state, in northern Nigeria. Medical oxygen was conspicuous by its absence. In one hospital, there was one small concentrator for an intensive care ward treating 30 children. Sadly, that is not unusual. The absence of medical oxygen helps explain why pneumonia is the biggest killer of Nigeria’s children — and it’s what threatens potential Covid-19 victims.

Speculative “expert” commentary has fuelled international complacency. Africa has been protected, runs one argument because warm weather limits Covid-19 transmission. But high transmission rates in the Philippines and Florida tell a different story. Others point to a supposed “demographic advantage”. Africa, according to the theory, has more (less susceptible) children and fewer vulnerable elderly people. But what about children whose immune systems are weakened by malnutrition, malaria, and diarrhea?

We are living in Europe with the consequences of a catastrophic failure in international co-operation to prevent what was a containable epidemic mutating into a global pandemic. Delayed and disjointed national action has proven a weak defense for vulnerable populations. It will be weaker in Africa. Endemic poverty, crowded urban slums, limited access to clean water and sanitation, conflict and a weak health infrastructure provide perfect storm conditions for a humanitarian crisis of unimaginable dimensions.

Governments across the region are grasping the nettle more decisively than some of their counterparts in the rich world. Screening has been stepped up. Countries are closing airports. South Africa and Zambia are shutting schools. Yet this is a region with permeable borders — and there are almost certainly many unreported cases.

Africa acting alone cannot prevent the spread of coronavirus. The region’s rapidly deteriorating growth prospects, fiscal constraints and limited access to credit markets limit the room for maneuver. International support is critical. Yet the response has been piecemeal. Individual donors and philanthropists are supporting important programs to develop rapid diagnostic kits and vaccines, and to supply equipment. But the current effort will be swamped by the impending health tsunami.

To its credit, the World Bank has moved quickly to mobilize resources, committing $8bn to strengthen health systems in affected countries. That money must be converted with urgency into diagnostic testing kits, medical oxygen supply, protective equipment and training for health workers. But the coronavirus response is also an opportunity to put in place the foundations for the only real defense against pandemic health threats — universal health coverage buttressed by international co-operation.

The WHO is uniquely well-placed to co-ordinate and steer the response. Yet only about one-quarter of the $675m emergency appeal launched last January is funded by donors. That under-investment is the ultimate false economy. In our interdependent world, you can’t beat a global pandemic in your own backyard while letting it take off in a region of a billion people. As even the president of the United States is now discovering, no country is an island — and viruses don’t carry passports.

Kevin Watkins is chief executive of Save the Children. beyond bricks is a forum on emerging markets for contributors from the worlds of business, finance, politics, academia, and the third sector. All views expressed are those of the author(s) and should not be taken as reflecting the views of the Financial Times.